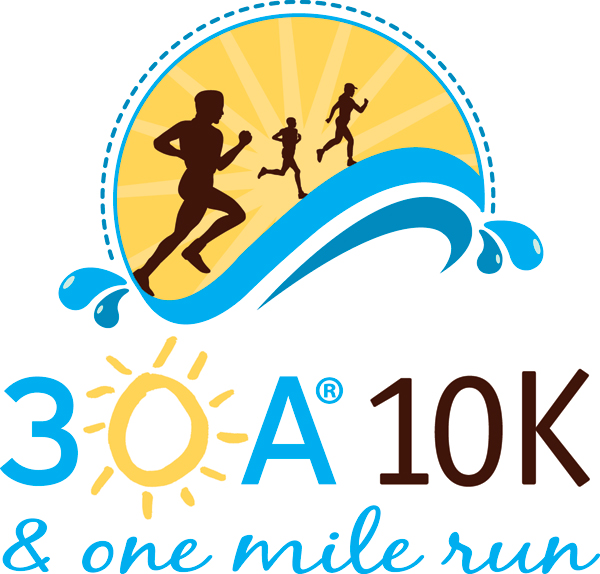 December 2, 2013 In Updates By Craig Baranowski

SANTA ROSA BEACH, Fla. – The second annual 30A 10K and 1 Mile Fun Run hosted a record number of runners with more than 1,800 participants racing this Thanksgiving Day holiday. With many record-breaking times, the cold weather and light wind were credited for ideal running conditions.

All 30A 10K race proceeds benefit the non-profit organizations Donations 4 Danny, Food for Thought, and Lighthouse Family Retreat. Last year’s 2012 race raised nearly $18,000 for charity and, while the race will officially announce the total amount raised in early December, all rough numbers show the goal of doubling last year’s donation amount will be achieved.

“When Craig Baranowski, Amy Stoyles and I dreamed up this race two years ago, we truly didn’t expect it to become so popular and also raise so much money for our community non-profits.” said Karen Meadows, the 30A 10K Race Director. “We are so thankful to all the athletes that train and participate in this charity event and choose to start the ‘most gluttonous day’ of the year with the 30A 10K.”

The 1 Mile Fun Run proved to be extremely popular as 600 runners, most of which were children. Of course, the real star of the 1 Mile Fun Run was “Lucky” the 30A 10K turkey mascot who had children and adults belly laughing with his antics before, during, and after the race.

“Lucky took more than 1,000 photos with the fans and had a humorous spin on traditional Thanksgiving as a ‘pardoned turkey’,” said Michelle Uhlfelder with 98 Republic, the local branding and marketing firm that donated the promotional and branding efforts for the 30A 10K. “And we hear Lucky might even get a girlfriend next year so check the 30A 10K Facebook page for them ‘basting on the beach’ this summer as they get ready for the race!”

Before, during and after the 30A 10K and 1 Mile Fun Run 70 volunteers braved the cold weather to ensure a successful race for the 1,800 runners.

“From set-up at 4 a.m. to trash pick-up after the race, locals and even a few out-of-town visitors volunteered with smiles bringing cheer to all involved, which to me is the true meaning of the Thanksgiving holiday,” said Jenky Fields, the event’s volunteer coordinator. “We couldn’t have put on this caliber of race without the community offering such amazing support with sponsorships and volunteers. I would especially like to thank the many Walton County police officers who kept the racers safe.”

In addition to a record-breaking number of participants, hundreds of spectators lined the streets leading to the Rosemary Beach town hall finish line. There was a DJ, massages, a photo booth and a plethora of prizes for the top 100 winners as well as a raffle that included a YOLO Board donated by Ocean Reef Vacation Rentals & Real Estate.

Mark the calendar! The next 30A 10K and 1 Mile Fun Run is scheduled for Thursday, November 27, 2014. Stay tuned at Facebook.com/30A10K for registration details.